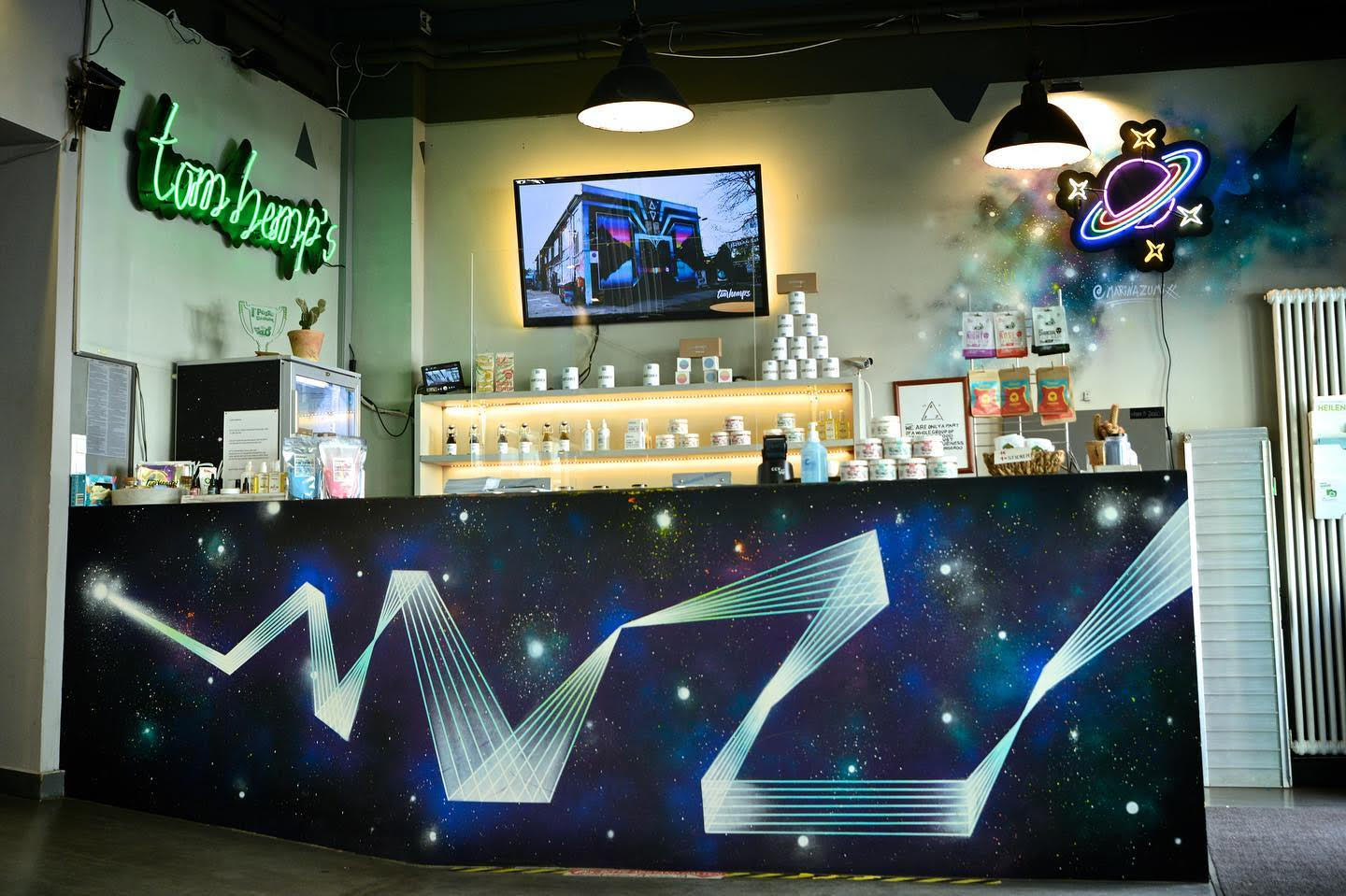 Put on a level with criminals: state powers have their eye on CBD shops

From oils, creams, tea mixtures to food for our four-legged friends: a wide range of CBD products have established themselves on the German market. Taking its broad spectrum of uses and effects into account this shouldn’t come as a surprise – which makes the companies producing CBD even more baffled by the current political view on the subject. Even though the legal substance which originates in the hemp plant is becoming more and more socially accepted, the police are paying visits to CBD shops all over Germany, and highly unpleasant ones at that. Treated on a level with serious offenders, these searches and raids involve confiscating officially registered and indisputably legal goods, but also treat employees like serious criminals, refusing them their right to make a phone call for legal counsel or aid. Many companies have been fighting for years to receive the respect and recognition that their work deserves. This leads us to ask ourselves: is justice being served here? In the CBD scene transparency is seen as the basic necessity for success, since the market brings controversial discussions with it. This makes the actions  by the state power, of which even we were not spared, seem all the more absurd.

During the fifth police deployment at Tom Hemp’s within one year, a wide range of products were secured in early November. CBD oils, registered cosmetic products, mouth sprays and even dog food containing CBD. Furthermore, additional packaging materials worth 35,000€ were confiscated. The damage from the arbitrary police search is estimated to be around 400,000€. Whereas in the USA CBD’s image has developed from a drug and pot-smoking to a lifestyle product, the scene in Germany is still bullied and properly attacked. During the searches products are secured that can no longer be sold after the verification process due to their short shelf life. Who will pay for the damages remains to be seen, since no statement has been made by the state power. Products are being confiscated that are undoubtedly and indisputably legal – meaning the companies’ livelihood is strategically taken away from them. This leads to the obvious question: with what right?

Cannabidiol is often controversially discussed  – for no sound reason

Since the ingredient is derived from the hemp plant, even today the question of legality arises. However many studies from the last years have ensured that cannabidiol is gaining more and more meaning and that views on the whole topic of cannabis are changing. The fact is that CBD products can be legally sold, so long as their THC value does not exceed the boundary of 0,2%. Serious companies make their products using EU-certified industrial hemp, which is largely grown in Germany and then tested in independent labs. But once an allegation is made by the state power, things get complicated. Policies ignore the growing market and the large demand it brings with it. Politicians don’t see it as up to them to take a stance on the subject and create transparency for the companies that create jobs and pay taxes, or treat them with the respect they deserve. On the contrary. Across Germany, these companies have come to expect government repressions, even though they sell legal and registered goods. Compared to other German markets that are less transparent in their work and whose scandals are dragged into the public eye, these measures are completely absurd. They even bring up suspicions that the entire market is being purposefully and systematically eradicated. No warnings or fines are given here which could be proceeded against, but specific actions are taken that make further action as a commercial company impossible – creating damages that simply make business no longer viable.

The large part of these companies put a lot of passion, sweat and every last cent into their projects. The state can no longer punish this growing economy, which is continually creating new jobs and foresees tax incomes in the million range, with its ignorance. At Tom Hemp’s it’s the 25 employees, freelancers, cooperating partners and external service providers whose work was taken away from them – with no legal reasoning. But also thousands of colleagues across Germany are in the same position. We request immediate action by the government, since the equation with serious offenders is in no relation to the righteous work and transparency with which these businesses act on the market.