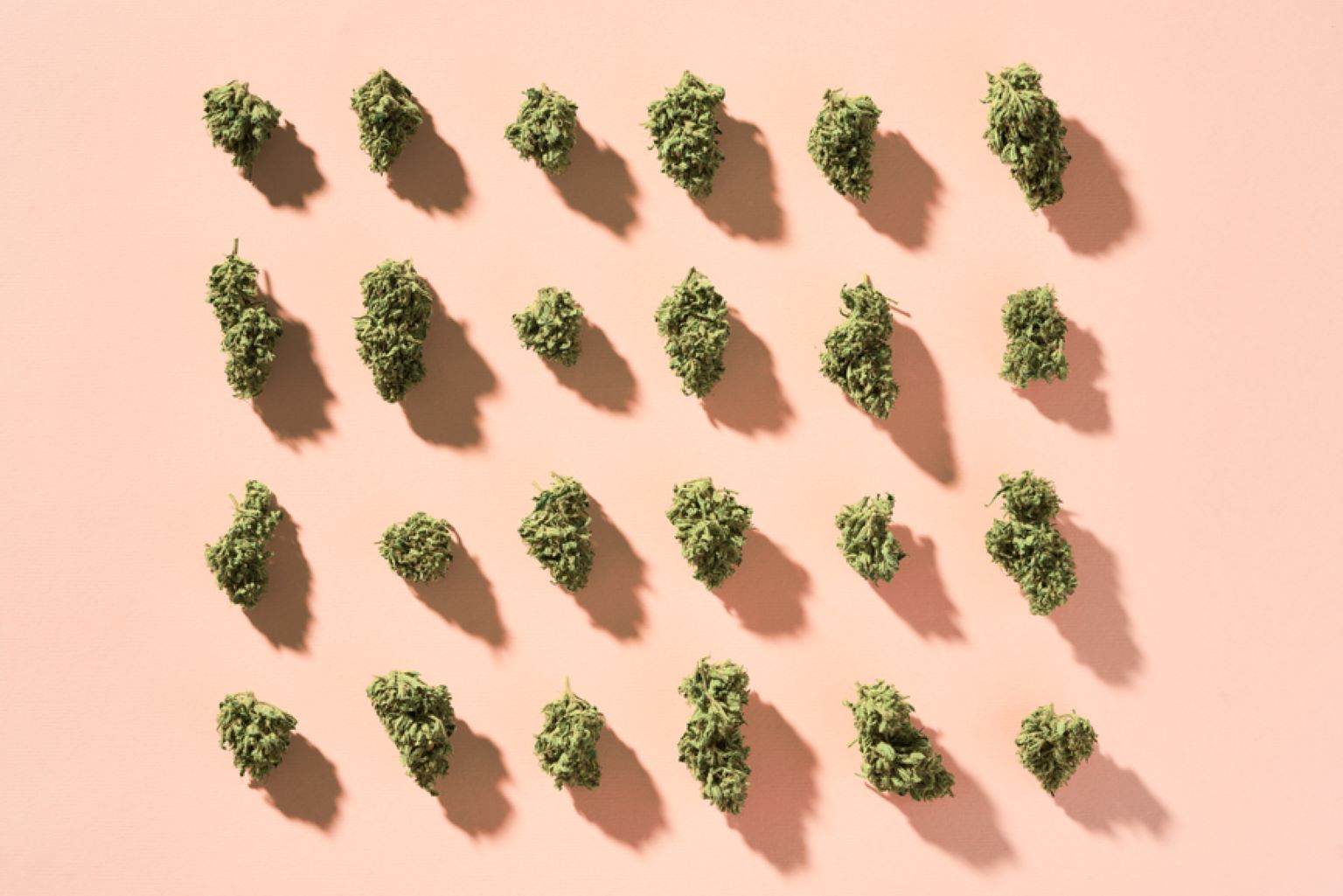 An article by Elisa Schmidt

Cannabigerol (CBG) – a new star on the cannabis sky

Does the word “cannabinoids” not ring any bells? Maybe you’ve heard about CBD and THC, the most commonly known cannabinoids. Don’t know those either? CBD (cannabidiol) is known for its positive benefits for people dealing with illnesses and other health-related complaints.

THC (tetrohydrocannabinol) is the substance that’s the reason for cannabis’ psychoactive effect, and is illegal in many countries for this reason. But there’s another cannabinoid that’s getting more and more attention these days called cannabigerol, or CBG for short. We shared some insights on it back in 2019 already.

Most types of hemp only contain less than one perfect of CBG – so it’s no surprise that for a long time no one was really that interested in the compound. But now, CBG’s days in the shadows are over – and we’ll tell you why!

Cannabigerol – the mother of all cannabinoids

Studies have shown that cannabis contains over 100 cannabinoids. And each of them has its own, individual effects. Just like the better-known CBD, CBG has no side effects. It’s not psychoactive, doesn’t make people addicted, and is completely legal. CBG has a huge medical potential for treating a wide range of illnesses and symptoms, from pain and nausea all the way to Huntington’s disease or MS.

CBG is the foundation of other cannabinoids such as CBD and THC: CBG develops from CBG acid and CBGA and then turns into THC and CBD. It’s the basis for the ingredients’ cannabidiol acid, cannabichrome acid and tetrahydrocannabinol acid.

For this reason, CBG is mainly found in the early stages of a developing cannabis plant. The older the plant gets, the less CBG it contains, since the CBG turns into CBD and THC. That’s why it’s called “the mother of all cannabinoids”. During the growth phase, different enzymes turn CBG into other molecules. For example, CBD only develops around 6-8 weeks into the flowers cycle. Once the cannabis is harvested, dried and processed only small fragments of CBG remain.

To make CBG oil, the plants need to be harvested early. A special extraction technique is used to separate the CBG from the industrial hemp: combining steam and CO2 distillation processes. It’s a lengthy process that involves paying close attention so the CBG doesn’t turn into CBD during the procedure. At the end, pure CBG results in crystal form.

To acquire CBG oil, the CBG crystals are then combined in the desired strength with a carrier oil. Full spectrum oils are most commonly created, as they also contain further valuable ingredients from the cannabis plant, such as natural terpenes and hemp seed oil. This leads to an entourage effect, where individual substances work as a combination in their full capacity.

Differences between CBG and CBD

Each of the over 100 cannabinoids of the hemp plant is unique. Cannabidiol (CBD) and cannabigerol (CBG) both aren’t psychoactive and are currently getting the most attention. As you’ve already heard, CBG is mostly commonly found in young plants, and CBD most often in plants that are harvested later. Influences such as sunlight, warmth and UV rays turn the CBG into CBD. Although these compounds are closely linked, there are some differences between them.

The concentration of CBD doesn’t change during the growth of the plant, as opposed to CBG, which lessens over time, so that the plant needs to be harvested early to get the maximum amount.

Apart from its concentration inside the hemp plant, the greatest difference is in the chemical structure of the two substances. CBD has a small affinity for cannabinoid receptors, which means it also interacts with the endocannabinoid system in other ways.

CBG on the other hand has a high affinity towards CB1 and CB2 cannabinoid receptors, which means that CBG can be very effective when treating a number of health conditions. These receptors are in the brain and nerve cells and stimulate different messenger substances, that can have effects on sleep, pain, as well as the brain and overall wellbeing.

CB2 receptors were only discovered in 1993. They are distributed everywhere in the body, including the gasto-intestial system and organs. Their main function is to keep infections under control and stop them happening in the first place.

As a result, CBD and CBG have different areas of applications. And to find out where CBG is best used, read on.

What does CBG do?

Science is still finding out the complete effect that CBG oil has on the human body. But current studies are already very promising! CBG oil is rich in cannabidiol acid and cannabichrome acid, which both give it a lot of health benefits.

According to research, CBG has an especially promising potential for the treatment of many cancer types, including prostate and breast cancer. According to reports, CBG can also be used to treat green star as it seems to be able to lower the pressure inside the eye which causes green star when elevated. It’s also meant to help against nausea and promote appetite. Anti-oxidative, anti-inflammatory and anti-fungal properties are also ascribed to CBG.

Especially when used together, CBD and CBG can have synergy effect, which makes them work especially well. That’s why it’s often recommended taking CBD and CBG together.

It’s really easy to take CBG oil. It can be placed under the tongue with a pipette as drops, where the oral mucosa can directly absorb it into the blood stream. This way, the CBG can work especially quickly.

But the taste of CBG is quite strong and may put some people off. In those cases, the oil can also be swallowed as CBG oil capsules. The substances are then absorbed by the stomach’s lining, which means it takes a little longer for it to take effect. For problems such as dry, flakey skin, the oil can also be used externally. Simply place it on the affected areas of the skin.

Everyone is different – so it’s impossible to recommend the same dosage of CBD and CBG oil for everyone. General numbers are hard to find a consensus on. As always, we recommend that people who are unsure or have no prior experience with CBG oil start with a low dosage and gradually increase the amount they take. That way, you can notice when the desired effect takes place, and the body can slowly get used to the substances. Until now, cannabigerol played a small role in the hemp plant and its benefits for humans. But this is changing now, since, as you can see, CBG has a lot of great potential! We like.

As you’ve heard, there are over 100 different cannabinoids. Each of them has unique features and potential effects, that can also interact and affect each other in combination. Next to Cannabidiol (CBD), tetrahydrocannabinol (THC) and cannabigerol (CBG) there are many more cannabinoids that haven’t been researched yet.

This includes Cannabichrome (CBC), Cannabinol (CBN) and THC-V (tetrahydrocannabivarin). And then there are the terpenes, of course. They give each stem its individual aroma, and they work together in cannabinoids. As you can see – a lot of potential and so much to discover! We’ll keep you posted. 🙂