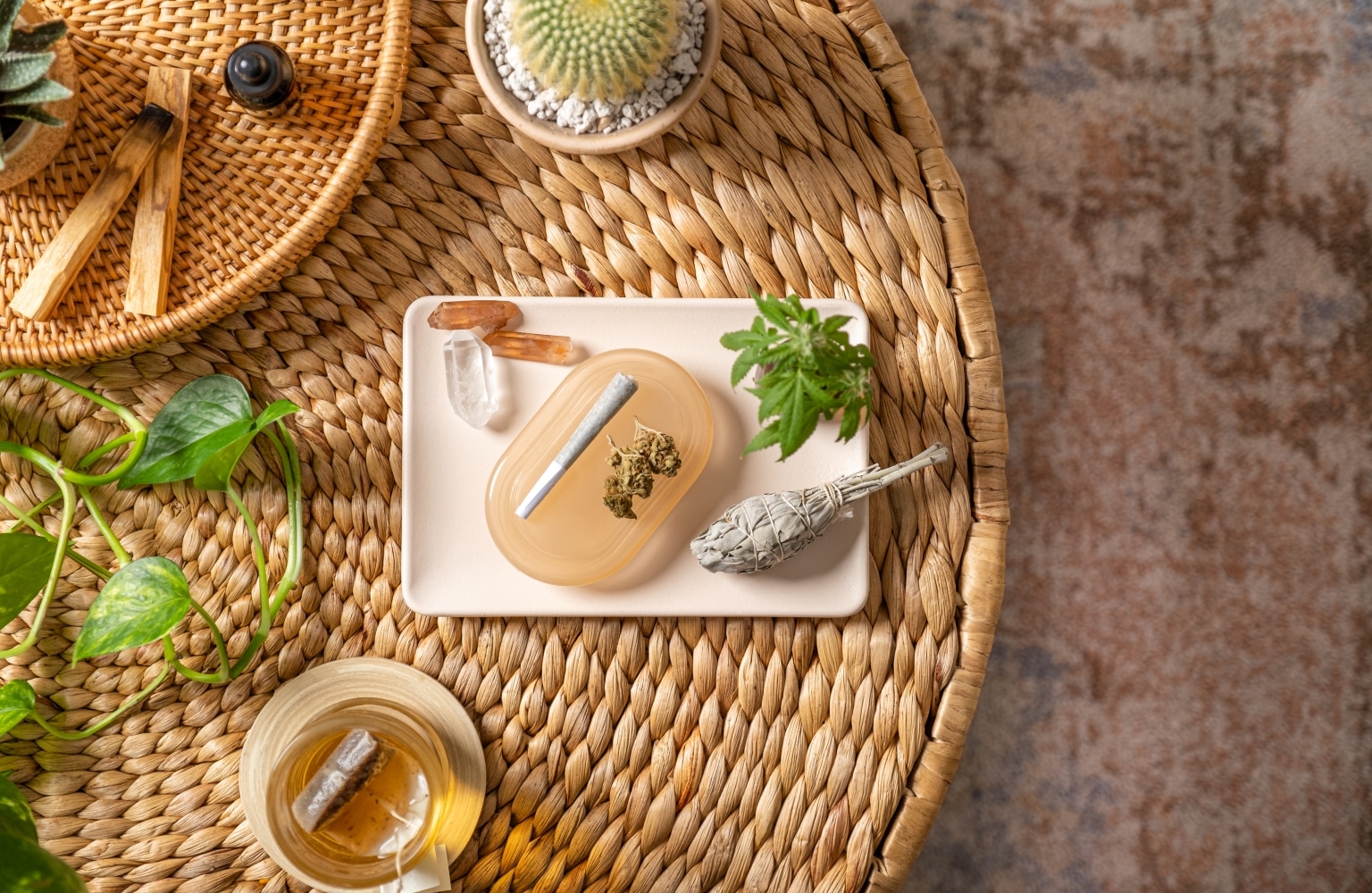 The entourage effect – The positive effect of terpenes

The fact that cannabidiol is highly effective is probably something you’ve heard before. The same goes for the numerous reports of people testifying how it helped them when classic medicine wasn’t able to. Yet, we’re convinced that you don’t know everything yet, so we came up with another lesson on the CBD cosmos!

Have you ever wondered why a small dose of CBD oil works better than highly-dosed isolate? Or, have you ever come across the term ‚synergy effect‘? Both of these questions have the same answer: the entourage effect. Ever heard of it? The entourage effect is such a broad topic that we simply had to dedicate a whole article to it.

Because, as always, we got your back when it comes to turning complex topics into compact bites of knowledge. Simplified. Concise. Easy. That’s what’s important to us when transferring knowledge. So, let’s not beat around the bush – here we go:

Aristotle once said „The whole is more than the sum of its parts“ and, well, this quote is the perfect match for the entourage effect. Why that is? See, in terms of the cannabis plant it works like this: the components of the cannabis plant work best when they’re all working together. This is also called synergy effect.

The theory of the entourage effect proposes that the various components found in the cannabis plant melt to a synergy and support one another. Through this support, the individual parts are enhanced in their effectiveness and can work on the body more intensely. That’s how Aristotle got in here.

Now, we know why, but let’s also have a look at how. The cannabis plant has more than 600 different chemical bonds, for example a large number of terpenes, flavanoids, and more. Cannabinoids are also part of these chemical bonds, and it is believe that they have the highest effectualness.

They’re one of the two groups which cause the entourage effect. At the moment, there are about 140 different cannabinoids, the two most known ones being cannabidiol (CBD) and Tetrahydrocannabinol (THC), the latter being known for the „high“ it causes.

The other group causing the entourage effect are the terpenes. They’re natural, organic compounds of importance to thousands of plants: terpenes contribute to taste, scent and colour. They’re also important for essential oils and often found in perfumes and fragrances, or used in aroma therapy.

The cannabis plant contains many of these terpenes, which are said to have positive characteristics: they’re said to be anti-inflammatory, mood boosting, suppressing appetite, antispasmodic and relaxing. Other terpenes, such as limonene, linalool or mycrenene have the same effects. The only problematic to the ones found in the cannabis plant is that the research is still in the beginning and not that extensive yet.

So far, so good. Now: the entourage effect occurs when cannabinoids and terpenes interact together. Only then, an expedient effect can be brought about, which is then adapted by the body. That’s how the magic works.

The reason for the entourage effect

Let’s have a look at the whole story: Why does the entourage effect even work on our bodies? That’s because our bodies have an endocannabinoid system (ECS). This system is deeply rooted in us and is an integral part of the human nervous system. The name suggests this – „endo“ means within.

Here, we find two important cannabinoid receptors, CB1 and CB2. Because our own bodies produce cannabinoid compounds, the external ones, as for example from the cannabis plant, can easily connect to those receptors. Because they’re so similar to the ones our body produces.

Many endogene, as well as external, substances can initiate and enhance a range of processes. For example, our sensation of pain is regulated this way, as are feelings of anxiety or the central nervous system. Additionally, anti-inflammatory, antispasmodic, antitumoral, antibacterial and antidepressant effects can be expected.

The ESC has influence on many, many regions of our body and is therefore essential to our life – isn’t that nice? Now, who are the brains behind this discovery? Let’s take a few steps back: about 60 years ago, two Israeli scientists, Raphael Mechoulam and Yehiel Gaoni, found out that THC is one of the most important psychoactive compounds of the cannabis plant.

This discovery paved the way for more, just as important breakthroughs, for example, that THC is only responsible for a part of the effect. Or, that THC and CBD together work differently than each on its own. Mechoulam and his team stumbled upon this finding in 1999, just before the new millennium.

What a sensation: here we find the birth of the entourage effect, which, by the way, was named by Raphael Mechoulam himself. This wasn’t even that long ago, but gave the necessary support for many new discoveries about our body and our bodily systems.

Another study by Ethan Russo from 2010 complements Mechoulam’s Eureka moment: Russo observed that the different active substances in the cannabis plant affect each other when consumed together. More studies by other researchers could also testify to the effectiveness of terpenes.

This may sound like a perfect situation, but there is a downside to all of this: although there have been confirming studies, this field also lacks extensive research. Basically, the entourage effect has defenders on one side, and the deniers on the other. The former are more than convinced of its effectiveness and believe the existing studies are sufficient, while the latter keep denying its existence and think of it merely as marketing stunt by the cannabis industry.

Now that we know all about the what, how, and why of the entourage effect, we can get to the last but equally important part: CBD vendors, including us, differentiate between broad spectrum CBD, full spectrum CBD and CBD isolate. How do these forms of CBD differ from each other?

According to European laws, the THC content mustn’t exceed 0,2%. Now, you (hopefully) remember that the two important groups for the entourage effect are cannabinoids and terpenes – and full spectrum CBD has ‘em all, which is why it is often considered the better choice.

If you’re now wondering which CBD product works best, you should check out our article on CBD oils and isolates. It explains the differences in more detail and goes into the different products and their effects, so that you can make the best choice for yourself.

Now, this was a whole lot of new information, but as promised, we kept it simple! We always aim to give you an easy way understanding of all things CBD, so that you can exhibit your newly gathered information to anyone.